The Glamorous World of Paul Hesse

During the ’30s, ’40s and ’50s glamor photography was all the rage in Hollywood. A good portrait could do wonders for an actor’s reputation and make them desirable to fans as well as directors and studio executives. Hundreds of talented photographers made a name for themselves by shooting beautiful portraits of Hollywood stars that fueled the imagination of the general public and helped sell lots of movie tickets.
One of the most interesting and prominent photographers from this period was the handsome and talented Paul Hesse.

When Paul Hesse opened up his studio in New York commercial photography, as we know it today, was still in its infancy. Hesse was taking a real risk by devoting himself to a relatively new creative medium but his decision quickly began to pay off. By the late 1920s he was shooting portraits of prominent Broadway stars and in the early ’30s he got the opportunity to photograph his first Hollywood star, the infamous Marion Davies. As most film buffs probably know, Marion Davies maintained a relationship with newspaper mogul William Randolph Hearst and their complicated relationship was depicted in the classic Orson Welles’ film Citizen Kane (1941). When Paul Hesse photographed Marion Davis she was still making successful movies in Hollywood and Hesse took one of the first color photographs of the actress. At a time when many photographers were reluctant to use color film, Paul Hesse had become one of its pioneers.

Top: Gene Tierney and Tyrone Power
Bottom: Ava Gardner and Lucille Ball
By 1938 Paul Hesse had earned his reputation as one of the best commercial photographers working in New York. He was traveling to Hollywood several times a year to shoot glamorous photos of the stars for Photoplay magazine and he became the first photographer to use color in a national advertising campaign. He enjoyed working with actors and he created many popular celebrity endorsed ad campaigns for companies such as Reignhold Beer, Chesterfield Cigarettes, Lipton Tea, Royal Crown Cola and Studebaker automobiles. He also shot many photos for American Magazine.
Paul Hesse became known for his meticulous attention to detail, personally designed sets and his creative use of lighting. He was even involved with selecting the clothing that his models would wear and assisted with makeup. He employed groundbreaking techniques such as using a specially designed rear projection screen for creating custom backgrounds that framed his subjects. His highly stylized and hyper-realistic color photos leaped off the pages of movie magazines. They captured the hearts and minds of the American public and gave shape to countless celluloid inspired dreams.
In 1940 Hesse decided to move to Los Angeles where he opened a new studio on Sunset Boulevard that became a gathering place for Hollywood stars and industry bigwigs. According to the book Masters of Starlight: Photographers In Hollywood, he was awarded the title of “Hollywood’s Photographic Ziegfeld” by a committee of unnamed movie stars in recognition of his contribution to their careers. The actress Greer Garson once said that Paul Hesse was, “greatly in demand by the leading national magazines to create cover-portraits to delight the eye. The result would be a true-to-life likeness but idealized, or glamorized if you will, by his superb technique in producing only delectable color values.” Hesse was so admired in Hollywood that the actor Bob Cummings modeled his television character on the popular Bob Cummings Show (1955-1959) after him.

Paul Hesse didn’t just photograph the stars. He actually helped discover some. One of his most celebrated “discoveries” was the talented young child star Margaret O’Brian who modeled for Hesse before she became an actress. Hesse’s photographs of the adorable tyke undoubtedly helped her get Hollywood’s attention. Hesse can also be blamed for trying to discourage the career of some wonderful actresses such as the lovely Marilyn Monroe. The photographer William Burnside introduced young Norma Jean to Paul Hesse in the hope that he might offer her some modeling work but Hesse cruelly insulted her when they met with the thoughtless remark, “Darling, you’re too fat,” which made her burst into tears. It seems ridiculous now but Marilyn Monroe’s curvaceous and busty figure must have seemed somewhat intimidating to Hesse who was used to shooting petite and slender Hollywood starlets that were typical of the time. One of his favorite models was the beautiful Lana Turner. In Stephen Gundle’s book Glamour: A History, Hesse is quoted as saying, “Lana is so busy that whenever I have photographed her I have had the feeling of catching a bird on a wing.”
By the late ’40s Paul Hesse undoubtedly faced a lot of competition but he continued to be one of most highly sought after photographers in Hollywood throughout the ’50s and into the ‘60s. Glamor photography started to lose its appeal when the powerful Hollywood studio system that had been in place for decades began to crumble. Major studios were no longer interested in grooming young stars or signing long-term contracts with them. They were also forced to compete with television and the public demanded for more realistic role models. For commercial or spiritual purposes, or possibly both, Paul Hesse and his partner Harvey Prebel decided to invest in a three-dimensional camera and in the ’50s Hesse focused a lot of his attention on creating thousands of 3-D religious photographs for commercial products such as postcards and prints. In some respects it seems like a strange direction for a Hollywood glamor photographer to take but throughout his career Paul Hesse had clearly understood the power that an image can have over the public. The idea of using spiritual icons to sell religious ideas might have appealed to him in numerous ways.
Paul Hesse retired in 1963 at age 67. He lived for 10 more years but his photographs will undoubtedly live on forever. As far as I know, there is no definitive collection of Paul Hesse’s photography available in any form and biographical information about him seems sketchy at best. Most of my research for this piece was done with the help of a wonderful book called Masters of Starlight: Photographers In Hollywood by David Fahey and Linda Rich. In many ways Hesse’s fascinating career mirrors the rise and fall of the Hollywood studio system and you can trace the history of photography through his work. His photos present Hollywood as a mythical and slightly surreal place where blemish free beauties with perfect teeth smile endlessly for our pleasure. The Hollywood fantasy that Paul Hesse helped create is still being used to sell movie tickets today but it has lost some of its luster. Maybe the stars aren’t as fascinating? Maybe the movies aren’t as good? Whatever the case may be, I find Paul Hesse’s photography absolutely mesmerizing and I hope you will to. 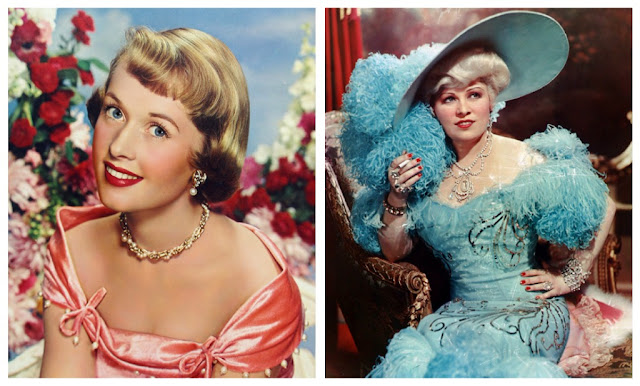 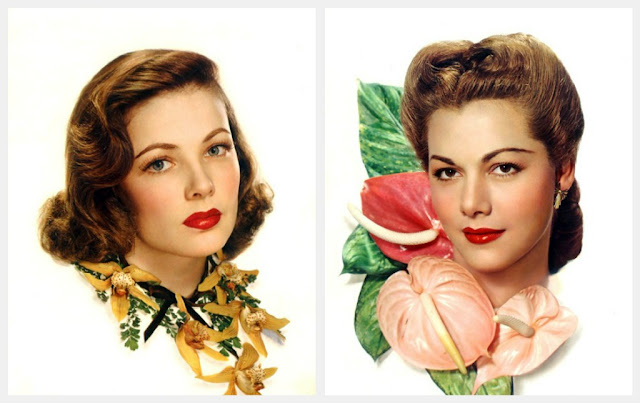